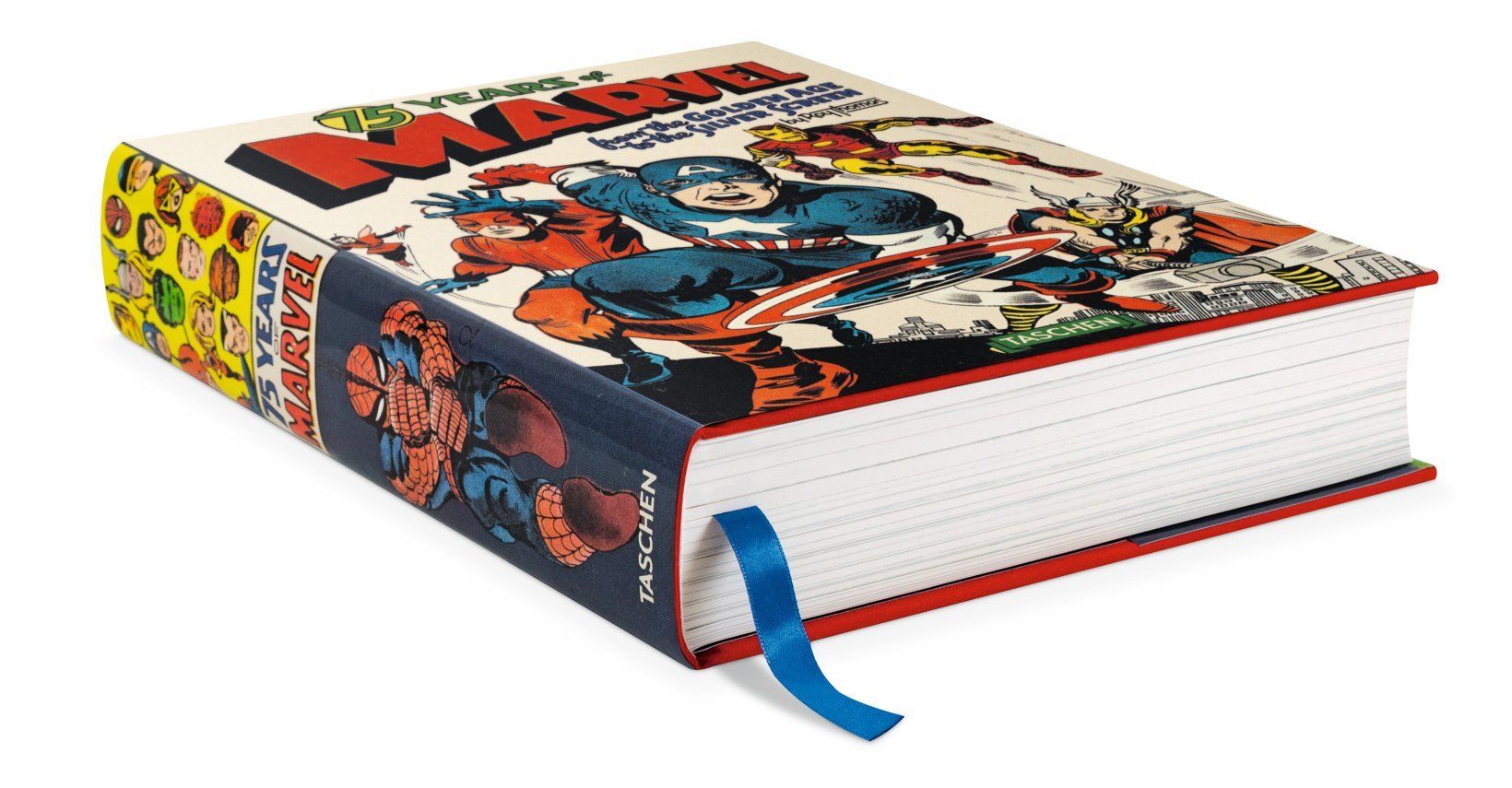 In celebration of Marvel’s 75th anniversary, TASCHEN presents a magnum opus of the most influential comic book publisher today, with an inside look not only at its celebrated characters, but also at the "bullpen" of architects whose names are almost as familiar as the protagonists they brought to life—Stan “the Man” Lee, Jack “King” Kirby, along with a roster of greats like Steve Ditko, John Romita, John Buscema, Marie Severin, and countless others. With essays by comics historian and former Marvel editor-in-chief Roy Thomas, this book delves into the heart of thousands of costumed characters who continue to fight the good fight in comics, movies, and toy aisles of the world.
Additional Details:

View More on Retailer's Site
You like? We're ALWAYS looking for more nice things to share with everyone here at nicethings.guide, so send them our way! We would also love for you to share any nice things you already have in your life and appreciate: a family heirloom, a favorite thing, something you can't leave home without every day, etc. Share them with us on nicethings.guide instagram, twitter @nicethingsguide or straight to our email and tell everyone why you think they're nice. Don't forget the hashtags. #nicethings